When prototyping, the cell-based approach of Jupyter notebooks is great. But you quickly end up programming several steps — instead of looking at object-oriented programming.

When we’re writing code in cells instead of functions/classes/objects, you quickly end up with duplicate code that does the same thing, which is very hard to maintain.

Don’t get the support from a powerful IDE.

There’s also a tricky problem related to plotting. How are you sharing plots outside of the data science team? At first, Jupyter Notebook is a great way of sharing plots — just share the notebook! But how do you ensure the data there’s fresh? Easy, just have them run the notebook.

But in large organizations, you might run into a lot of issues as you don’t want too many users having direct access to the underlying data (for GDPR issues or otherwise). In practice, in a workplace, we’ve noticed plots from Jupyter typically get shared by copy/pasting into PowerPoint. It’s highly ineffective to have your data scientists do copy/paste cycles whenever the data changes.

Let’s look at an example notebook from Kaggle. 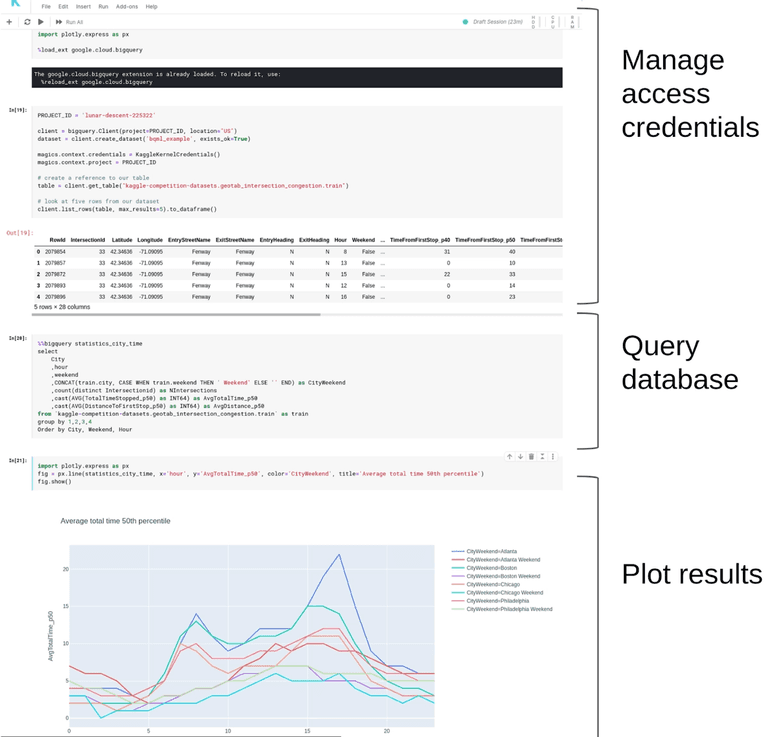 This was very easy to get started on. I just copied some cells from the introductory examples and then explored on my own. But here we also see the downside — access-credentials management is now duplicated across all of the notebooks. What if they change? Then, every notebook needs to be changed as well.

The dataset is interesting. But there’s no canonical one — so if you want to reuse it, you’re copying the SQL statement.

With poor discipline, you can also move into weird versioning issues where you start accumulating multiple Jupyter notebooks that no one remembers.

Benefits from an IDE

As alternatives to Jupyter Notebook, you could checkout Spyder and PyCharm.

Spyder has an interesting feature where it’s very good at reloading code while keeping the state of your current session. Thus, Spyder is great if you’re trying to do most of your transformations in pandas or some other tool on your local machine. It also comes with Anaconda, if that’s your Python distribution of choice.

PyCharm is really good at building proper Python code and getting replicable results. There’s a lot of functionality for greater productivity. Both Spyder and PyCharm enable cell-based processing with #%% comments in your code, so we can still prototype code in the same way as in Jupyter Notebook. 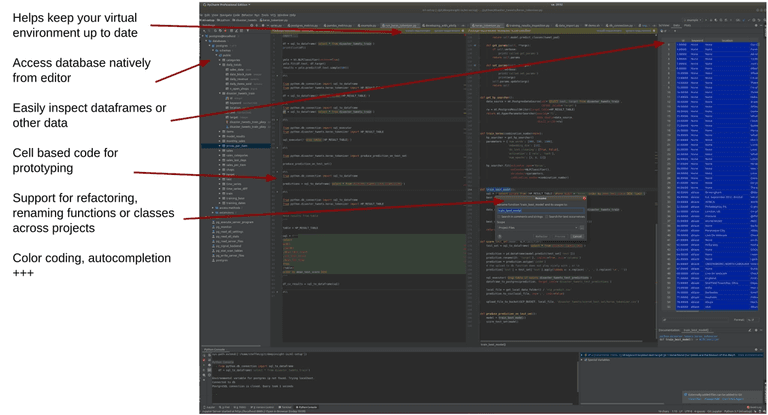 For one of our previous clients, we wanted to improve code quality but were not allowed to access data on any local machines. So we spent the effort to spin up VMs with PyCharm to get access to data in a secure manner. It paid off quickly — development speed and code quality increased by a factor of a lot. And code made it into production a lot faster as well.

Getting machine learning into production

Something to think about is where computations run. For code that’s easy to put into Docker, deploying that to any cloud solution is easy. For notebooks, there are also good options, though you’re more locked into specific solutions.

If you do want to look into Jupyter notebooks, it’s definitely worth looking into Amazon SageMaker and/or Kubeflow. These solutions enable easier deployment to production for code in notebooks.

We’ve had a lot of success with the following approach:

Should you remove notebooks completely? Notebooks have a lot of pros. It depends on where you are and what your main concerns are